It’s not the transmitter. Etienne is wrong. It was not the radio the German was interested in. It was something else, something he thought only she might know about. And he heard what he wanted to hear. She answered his one question after all.

Just a dumb model of this town.

-Page 426 of All the Light We Cannot See

There is nothing to writing. All you do is sit down at a typewriter and bleed.

An astronaut is stuck in Mars – can he survive until the rescue team comes back for him? 543 days later??

I highly recommend The Martian by Andy Weir to anyone interested in science fiction/space. It’s a nerdy read, but you don’t really need to remember much of your high school science to follow along, although that’ll help 😛 END_OF_DOCUMENT_TOKEN_TO_BE_REPLACED

Conclusion: I don’t need the water reclaimer at all. I’ll drink as needed and dump my waste outdoors. Yeah, that’s right, Mars, I’m gonna piss and shit on you. That’s what you get for trying to kill me all the time.

There. I saved myself 3.6 pirate-ninjas.

P. 230 of The Martian by Andy Weir, one of my favorite books I read this summer. 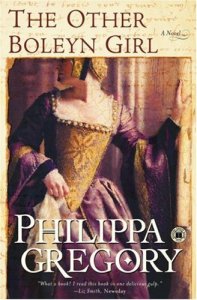 The Other Boleyn Girl book cover

I love this kind of historical fiction; it’s been mixed with drama, suspense, and romance. However true this book is to historical events, I don’t know. As a reader, just take the “facts” with a grain of salt. This is categorized as fiction, after all. I read some reviews on Goodreads, and seeing folks rage about historical inaccuracies in their reviews just blows my mind.

The Other Boleyn Girl is a story about two sisters who captures King Henry’s heart, at least long enough to become his mistresses and bear his children. One of them succeeds to overthrowing the Queen, Catherine of Aragon, and later sits on the throne herself. The story is told from the point of view of the youngest Boleyn, Mary. She is brought to court at a very young age and we follow her growth as she comes of age and realizes the tight lines she has to walk to stay afloat at court. Choosing Mary as the narrator is an interesting choice Gregory makes. Perhaps because she is the only character that has the most development and change of hear that that is what makes this book so intriguing. We know that Mary is naive and when we begin seeing her defy her family, this is when we truly feel invested in her well-being and survival. While Anne is a great character to read about, you never truly side with her. Anne is the evil and conniving older sister. She’s willing to put everything on the line to become Queen. And in the end, what of it? I pitied her and anxiously waited to read about her demise.

Add in their elder brother, George, and the Boleyns were inseparable and nearly unstoppable. George was charismatic and handsome, perfect as a court entertainer. Towards the middle of the book, it became clear that there were some sexual tension going on between George and Anne. They were not outright lovers, but their intimacy was far too much to be on the level of brother and sister. Interestingly enough, Gregory based this part of her story on a theory by Retha Warnicke that there was a homosexual ring within the court. For the times that we’re talking about, this sure makes for a very juicy historical drama. Whether the theory is true or not, it is still possible that that happened, and brought Anne down to the chopping block.

I thought Gregory was a great story teller and brought these historical figures to life in this book. My only problem with it was that I thought the pace was a tad inconsistent, and that made some parts of the book drag on a little too slowly. The last quarter of the book was great pacing, though. If I come across her other books of the Tudors, I’d likely read it.

JEEV: Where have we been?